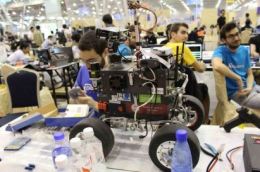 By Batsheva Sobelman, LA Times
MSN
Monday, Aug 24, 2015
Accounts published in Israel over the weekend suggest that Prime Minister Benjamin Netanyahu planned to strike Iran more than once in recent years but met with internal opposition.

On Friday, Israel’s Channel 2 news broadcast excerpts from a taped interview that former Prime Minister Ehud Barak gave to the authors of his upcoming biography. Barak, who was defense minister in Netanyahu’s second government during 2009 and 2013, described three occasions from 2010 to 2012 when plans to strike Iran fell through for different reasons.

Israel’s top leaders at the time — Netanyahu, Barak and Foreign Minister Avigdor Lieberman — reportedly believed that Iran would soon enter a «zone of immunity,» beyond which a strike would be more complicated and less effective.

In advance of what would have been the next stage of government decision-making, the…