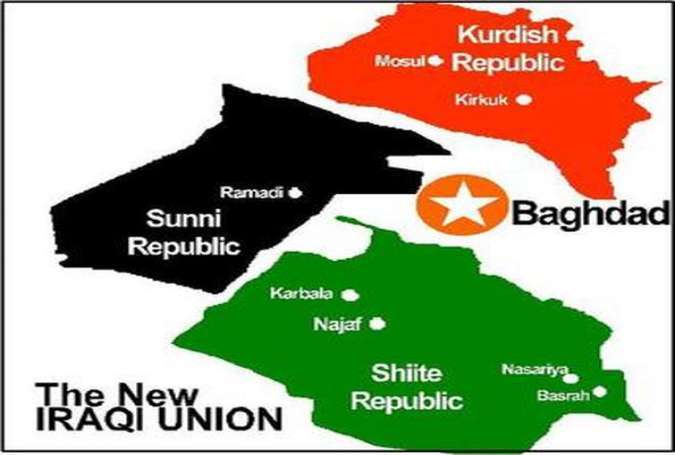 “Iraq’s fate was sealed from the moment we invaded: it has no future as a unitary state … Iraq is fated to split apart into at least three separate states…This was the War Party’s real if unexpressed goal from the very beginning: the atomization of Iraq, and indeed the entire Middle East. Their goal, in short, was chaos – and that is precisely what we are seeing today.”

A bill that could divide Iraq into three separate entities has passed the US House Armed Services Committee by a vote of  60 to 2.  The controversial draft bill will now be debated in the US House of Representatives where it will be voted on sometime in late May. If approved, President Barack Obama will be free to sidestep Iraq’s central government in Baghdad and provide arms and assistance directly to Sunnis and the Kurds that…